Hello and welcome to Tikipod! 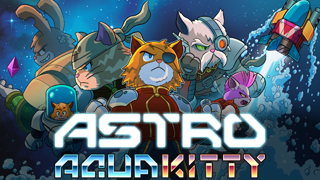 The Aqua Kitty cats have launched into space in an all new action RPG shoot-em-up adventure! Pick your crew, then blast off to investigate mysterious water filled asteroids. 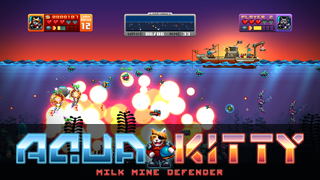 Get ready for fast paced submarine action, defending the miner kittens from disruptive mechanical sea creatures as they drill for milk deep under the sea. THE MILK MUST FLOW! 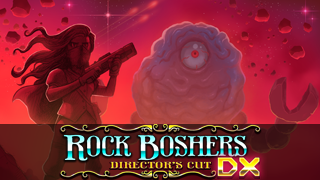 Get ready to take a trip back to the 80s, the 1880s! Victorian explorers head to Mars, seeking fortune and adventure.

Styled like a ZX Spectrum videogame from the 1980s, you must prepare to Bosh Rocks! - with only the occasional break for tea and scones. 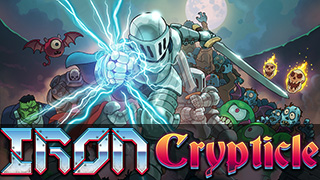 The glorious Royal Treasures of Cryptonia have been stolen! Now the King's washed-up knights must suit up and descend into the ancient palace crypts to return those GOLDEN GOODIES!

Get ready for up to 4 player CO-OP arcade action in this ghoulish medieval twin-stick dungeon shooter.

Working for other Indie Developers


Helped at the end of development, creating a new game logo at very short notice and advising on visual adjustments for this PSVita version of Gravity Crash.


Stealth Inc was made for PlayStation3 and PSVita, it is an enhanced HD version of the Deluxe game with 3D modelled characters and a normal mapped HD redrawn tileset.


Joining the game towards the end of development, Tikipod created level backgrounds and related assets. It is available for both 3DS and 2DS (and doesn't use any 3D) from Nintendo.


Stealth Bastard is a game by Curve Studios. Tikipod created the ingame artwork and animations. Available at www.stealthbastard.com and Steam it even comes with its own level editor. You can even try some of our punishing levels (you'll need to go to 'download levels', then search by username TIKIPOD).


Helped with the games conversion from PC original to Playstation3 - adding tutorial screens, colour balancing and UI assistance (and a pinch of playtesting and bug finding). This is a beautiful game that is quite unique on PSN, go try it out.


Re-rendered and totally rebuilt the main menu movie from scratch to become 1280x720 in resolution. Extra detail had to be added to the sides too as the original movie had not been designed for widescreen. This was then also converted into a Dynamic Theme for Playstation3. Also created the Steam and PSN achievement icons.


Created all the art and animation for this game (the font/ UI/ ships/ enemies/ buildings/ logo - the lot!) . Also helped work on design, created a large chunk of the levels as well as the designing of various gameplay elements (bosses and so on) right down to choosing which music track went with which level. This game was originally created by just one person on PC, Dave Parsons.